Where did it come from and why is it such a traditional color for New Orleanians?

As painting contractors we are always up to speed with color trends—this is how we know what the popular colors are at all times. These popular colors spread out like wild fires. I am not really sure how people all over town seem to shift towards the same color schemes, but they go through collective phases without even knowing it. I don’t think this is intentional; I guess that is why it is called a trend.

In New Orleans, however, people have very deep-rooted traditions–even when it comes to their color choices. French Quarter Green is one of those traditions that has been around for a long time in spite of the popular color trends that come and go. But why and where did it come from? 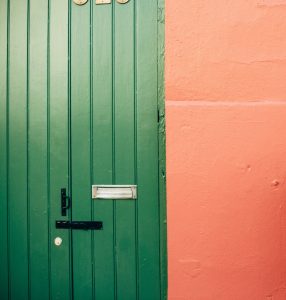 We decided to contact Julia Street with Poydras the Parrot from New Orleans Magazine, and this is Poydras’ response:

Dear Julia,  My wife and I own and run a construction company here in New Orleans. Often, clients request the paint color “French Quarter Green” (sometimes called Paris green) for the shutters on their homes and businesses. I have heard two different accounts about the origin of this traditional color. The first is that during World War II there was a shortage of paint and only three colors were produced: white, black and green. People in New Orleans loved the green color, but many couldn’t afford to buy green paint whenever they needed it. What they did, therefore, was mix together leftover green paint with leftover black paint.

The other version of the origin is once again focused on hard times when people who couldn’t necessarily afford to buy a particular “Paris green” paint at the store would gather together left over paint from other projects, mix them together and French Quarter Green was what developed from the mix – mostly colors mixed with black paint. Is there any truth to these accounts of how our unique French Quarter Green became a traditional, often-requested and sometimes-required color?   Jason Bertoniere  Metairie

More than 40 years ago, the Vieux Carré Commission and the Sherwin Williams paint company teamed up to study historic paint samples gathered throughout the French Quarter. As a result, Sherwin Williams produced a locally inspired color palette. The company later reformulated their paints but, in 2003, introduced a new line of 22 colors similar to those documented in historic French Quarter paint samples.   Having established that a major paint company produces a line of New Orleans colors, including a special dark green, I have to break the news to you: dark blackish-green shutters are not unique to New Orleans and never have been. Without question, dark green was the preferred shutter color for homes throughout 19th-century America and elsewhere. In some cases, green shutters were used to complement nature and harmonize with household gardens, but not everybody embraced the color scheme for that reason. Since pre-mixed paints weren’t yet the norm, tradespeople usually mixed their own, either improvising or following specific recipes. 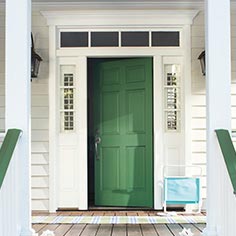 In New Orleans and elsewhere, house paint was mixed when and where it was needed. While it’s certainly true that, during wartime and hard times, consumers improvised as best they could with all aspects of housekeeping, “French Quarter Green” was not a wartime or Depression-era creation.  Modern paint may look like its historic counterpart but, chemically, it’s quite different. Traditional 19th-century green shutter paint darkened with exposure to the elements and got its color from the toxic substance copper arsenate, a chemical relative of arsenic. Modern paint is more colorfast and less toxic.

GET YOUR FREE ESTIMATE